How to Deal with Teens with Attitude ?

How to Deal with Teens with Attitude 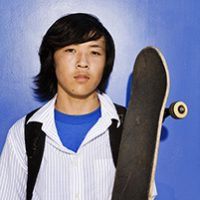 With a new school year starting, many parents find themselves gearing up for another round of bad attitudes and power struggles with their kids. Teens and pre-teens especially seem to have an “I don’t care,” or “Why bother?” attitude about school, homework and their other responsibilities, whether it be chores around the house or a part-time job. Do you find yourself asking your teen, “How will you ever make it in life if you don’t take these things seriously now?”

My friend “Erica” describes what happened with her teenage son last year: “Our 17-year-old has the worst attitude about school. He refuses to do any homework, says it’s stupid and ‘doesn’t have anything to do with the real world.’ He tells us that he doesn’t even need to go to school in order to get a good job – all he has to do is get ‘really good at video games’ because he believes he can get a high paying job ‘testing’ them without graduating from high school. When I tell him I don’t think this is going to happen, he rolls his eyes, looks at the ceiling, and lets out a big, over-dramatic sigh – in general behaving like I’m a naïve grown-up, with absolutely no understanding of what life is like today.” 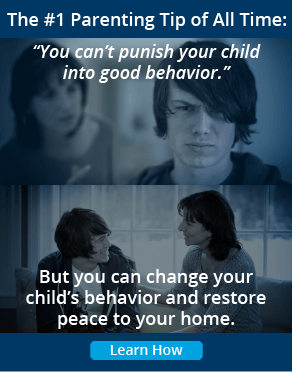 Any attempt Erica has made to talk with him about school, getting a “regular” job, or even about concrete steps he might take to actually get one of those game testing jobs is met with the “adults don’t know anything” attitude. “He has such a false sense of entitlement and a complete misunderstanding of reality. He has this idea that life is going to be so easy – no work, no schedules, no need to do anything he doesn’t want to. It drives me crazy to see him wasting his time like this, when he should be focusing on school so he can get into college and get a real job. His attitude is: ‘Why should I? I’m better than other people.’ How can I change his attitude and make him see reality?”

Does any of this sound familiar?

Empowering Parents’ coaches often hear from parents who feel frustrated at their teen’s lack of acceptance of responsibilities and their abundance of “bad child attitude.” Whether it’s doing well in school or keeping a job, some kids just don’t seem to care about doing good work. Many teens have what James Lehman calls a “dreamer” mentality– they believe that an exciting, high paying job will simply land in their laps, and therefore getting good grades or taking a less-than-perfect job is seen as unnecessary.

The danger is that kids use that fantasy to justify their poor attitude around their responsibilities. When faced with their child’s entitlement, apathy, or lack of interest in work or school, parents get caught up in trying to make their children understand and accept the adult point of view. They try to get their kids to be “realistic” about their futures, and work hard so that they have the skills they need in life. I think parents also get frustrated at the lack of effort their kids show, and then worry about what kind of life their child is going to have if they don’t start taking life more seriously. 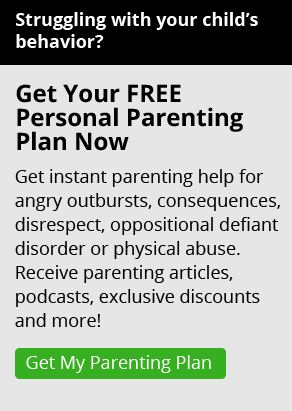 If you are in the thick of this kind of power struggle with your teen, you probably want him or her to listen to your speeches about the importance of hard work, and adopt a much better, more appreciative attitude. I have something to tell you: that is not going to happen. No matter how great, or how based in reality your argument is, you can’t force your child to think about the world the way that you do, and to adopt your experiences and your perspective. You can’t make them have a “better” attitude. Teens often have an apathetic or dismissive attitude about anything other than what they want to do. When you focus on trying to change your child’s attitude, you’re setting yourself up for frustration. As James Lehman says, “You can’t feel your way to better behavior, but you can behave your way to better feelings.” In order to feel effective and empowered in your role as a parent, you need to learn to ignore the apathetic, all-knowing attitude and focus on your child’s behavior. Let them know what is expected of them in your home, what your rules are, and what the consequence will be if they can’t figure out a way to comply with those rules and expectations.

For example, if your middle school child says, “I hate English! Why should I do my homework—this is stupid!” You can say,  “I know you think your English assignment is stupid. You don’t have to like it, but you do need to finish it. You know the rules – no access to any electronics until your homework is completed. So how can you help yourself get it done?”

Don’t make the mistake of trying to get your child to “want” to have good grades, or “want” to get a job. That’s not likely to happen, either. You aren’t going to transform your child’s attitude about the world, or their place in it. Rather, it’s your responsibility as a parent to help your child learn the skills they need to make their way in the world. Those skills are the same even if your child wants to do something you think is highly unlikely. You never know, maybe they will get a job as a video game tester, if that’s what they really want! Just don’t try to convince them that you are right and they are wrong. Don’t try to get them to stop resisting and start being “realistic.” Instead, focus on the behavior you would like to see change, and ignore the attitude. Focus on getting your teen to meet his responsibilities in the here and now—homework, chores, curfew. Once they leave your house, they are free to use the skills you’ve helped them learn—or not.

For my friend Erica, change came when she and her husband told their son, “You don’t have to like school, you don’t even need to agree with our version of reality, but you do need to comply with our rules while you’re living here. That means doing your homework, making decent grades, and getting a part-time job.” They also told their son that if he refused to comply with the house rules, he would experience consequences. To get things started, they told him he could not drive the family car until he’d filled out and dropped off three job applications. Within a month, he’d taken a job at a local fast food restaurant. Although he still insists that the adults don’t know anything, his parents feel much less helpless.

Remember, there’s a pay-out for focusing on your kid’s behavior and not his attitude: you’ll be teaching them one of the greatest lessons of all—how to be accountable in the real world.

Megan Devine is a licensed clinical therapist, former Empowering Parents Parent Coach, speaker and writer. She is also the bonus-parent to a successfully launched young man. You can find more of her work at refugeingrief.com, where she advocates for new ways to live with grief.

via How to Deal with Teens with Attitude | Empowering Parents